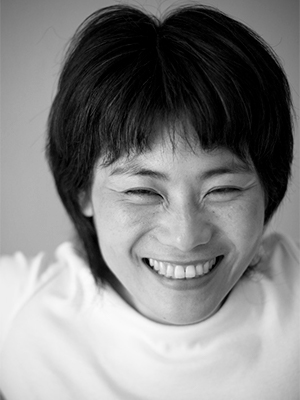 Born in Yokohama. Learned oil painting and etching at an art school in Tokyo, where I also joined Wandervogel club. This experience with nature became an inspiration which influenced all of my later works.

After graduation, I was apprenticed to a hand-weaving studio in Japan, where I learned hand spinning and weaving of wool.

In 1990, I entered weaving school Wetterhoff  in Finland. Later, I worked as a textile designer in a weaving studio of Wetterhoff.

From 1994 to 2001, I worked as a northern light tour guide in Lapland. I trekked in summer, skied in winter and immersed myself in nature.

I am working as a freelance designer since 2008, when I was Graduated.